Share a memory
Obituary & Services
Tribute Wall
Read more about the life story of Americo and share your memory.

100, of North Kingstown, formerly of Cranston, passed away Tuesday November 15, 2022.  He was the husband of the late Rose “Tootsie” (Moretti) Morenzi.

Born in Cranston he was the son of the late Nicola and Caterina (Maggiacomo) Mariorenzi.

Red was employed by the Cranston Print Works for over 40 years until his retirement, he was a bartender for the former Bumps Italo American Club, Cranston and was a WW-II Navy Veteran.

He was the father of Nicholas and his wife Andria Morenzi of Jamestown and the late Stephen Morenzi; grandfather of Salvatore Morenzi and Caterina (Lucas Gardner) Morenzi; and brother of the late Anna Matrullo.

Relatives and friends are invited to attend a Mass of Christian Burial on Monday at 10am in St. Mary’s Church, Cranston.  Burial, with military honors, will be in St. Ann Cemetery, Cranston. VISITING HOURS will be held in the NARDOLILLO FUNERAL HOME & Crematory, 1278 Park Avenue, Cranston, on Sunday from 3 PM to 5 PM. In lieu of flowers memorial contributions may be made to St. Jude Children's Hospital 501 St. Jude Place Memphis, TN 38105.

To send flowers to the family or plant a tree in memory of Americo F. "Red" Morenzi, please visit our floral store. 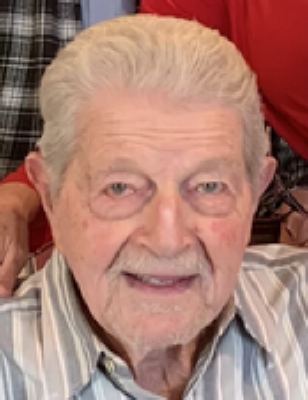 You can still show your support by sending flowers directly to the family, or by planting a memorial tree in the memory of Americo F. "Red" Morenzi