Share a memory
Obituary & Services
Tribute Wall
Read more about the life story of Elaine and share your memory.

ELAINE MARIE (CIASULLO) MARDEROSIAN, 89, of Cranston, passed away peacefully on January 24, 2023. Elaine was the beloved wife of Anthony “Tony” Marderosian for 54 years before his passing in 2007. Her life revolved around their family and wide circle of friends.

A lifelong Cranston resident, Elaine found joy after her husband’s passing through volunteering at the Cranston Senior Center and she was happiest when surrounded by her children and grandchildren. Her culinary prowess was legendary over the course of nearly two generations. She frequently fed a dozen or more young people during her children’s high school and college years, from a tiny kitchen in her Edgewood home. She learned to cook Armenian food from her mother-in-law, and often hosted Armenian dinners for her husband’s friends.

Elaine rarely visited her adult children without cooking some extra pilaf, choreg, meatballs or hermits for them and their neighbors, many of whom referred to her affectionately as “Grandma Redhead” in deference to the nickname bestowed upon her by her late husband.

Elaine was a soccer mom before the term was coined, spiriting her children (and sometimes grandchildren) to practices and games of all varieties all over southern New England. She enjoyed red wine and dining out – from Wright’s Farm, Twin Oaks and the Barnsider with Tony, to Basta and Café Nuovo in her later years with her children, niece and nephew.

Elaine was very proud that as a teenager and the eldest sibling in a poor Providence household she was the first to help support her family. She worked as a telephone operator before becoming a full-time mother, and when her children had grown she worked at the RI Blood Center and at Filene’s where she was a mainstay in the store’s gift wrap center.

Elaine often reminisced about her good fortune in escaping the famous 1980 MGM fire in Las Vegas, where she remained trapped in her suite for hours with friends from RI before being led down over 20 flights of stairs to safety by local firemen. She recalled fondly her vacations with Tony to Florida, New Hampshire, and Monterey and San Francisco, and her years playing tennis with a handful of girlfriends. Elaine was kind to all, a friend to many and always fashionable and fun.

Elaine is survived by her children Pamela Kamand of Warwick, George Marderosian (and wife Jill Moniz) of Edgewood and Gregory Marderosian of Cranston; her grandchildren Nicole Medeiros (and husband Ed Medeiros) of Warwick, Amanda Marderosian of New York City, Justin Marderosian of Somerville, MA, and Carys and Desmond Marderosian of Edgewood; her great grandchildren Heather, Brianna, Marcus, and Anthony Medeiros, all of Warwick; niece Elaine Capozzi of Richmond and nephew Marco Palombo, Jr. of Jamestown. She was the sister of Gregory Deterding of Scarborough, ME, Ronald Ciasullo of Riverside, CA and the late Verna Palombo.

Her funeral, burial and visiting hours will be private.

In lieu of flowers, memorial contributions may be made to the Cranston Senior Center, 1070 Cranston Street, Cranston, RI 02920.

To send flowers to the family or plant a tree in memory of Elaine Marie (Ciasullo) Marderosian, please visit our floral store. 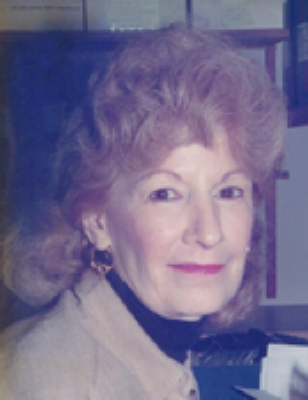 You can still show your support by sending flowers directly to the family, or by planting a memorial tree in the memory of Elaine Marie (Ciasullo) Marderosian
SHARE OBITUARY
© 2023 Nardolillo Funeral Home, Inc.. All Rights Reserved. Funeral Home website by CFS & TA | Terms of Use | Privacy Policy | Accessibility