Home Page
Music by the O'Neill Brothers
Share a memory

Share a memory
Obituary & Services
Tribute Wall
Read more about the life story of Joseph and share your memory.

71, of North Providence, passed away December 10, 2021, peacefully in his home surrounded by his loving family. Born in Providence, he was the son of the late Walter and Alice (Clarkin) McDonald of East Greenwich. He was the beloved husband of Deborah (Manzo) McDonald for 44 years and the father of Joseph Jr. Esq., Anthony, Esq., and Michael (fiancé, Gianna Cavallaro) McDonald.

Joe was a proud graduate of East Greenwich High School 68’ and Bryant College 75’. He served in the U.S. Army in Vietnam and was a decorated combat veteran seeing action in 1969-1971.  Joe also served as a Lieutenant in the National Guard. After his honorable discharge, he started his career as a Diesel Fitter at Macy’s Department Store.  He then went on to work at the R.I. Department of Corrections and owned the Car Wash King in North Providence for many years. You could always count on seeing Joe’s smiling face as you drove down Mineral Spring Avenue.  Many pulled into the Car Wash just to share a laugh with him. He later worked in the Providence College Security Department, where he was loved by all faculty and students.

Joe was an avid Providence College basketball fan and was voted PC Basketball Fan of The Year in 1987, along with his brother-in-law, Anthony Manzo. From 1984-1998, Joe and Anthony entertained the crowds at the Providence Civic Center as the PC mascots, The Blues Brothers.  Joe was not only an entertainer, but a jokester. He would light up the room with his quick wit. He was often dressed in costume; most often posing as Michael Jackson, Santa Claus, The Irish Golfer, Gorilla, Nerd, Penguin, Uncle Sam, and Elvis. He also was a man of many joke gadgets. You could often find him playing pranks with invisible ink, a gum zapper, an ice cube fly, motorized rats, the invisible dog, and fart machines. It’s apparent that Joe loved an audience, whether it was a family gathering or a party with friends. Joe had a love for performing and making people laugh. The world was his stage.

Joe also had a sensitive side.  He volunteered for several non-profit organizations and nursing homes. He devoted a portion of his life to an organization near and dear to his heart, Teen Challenge Rhode Island.  Joe did it all–from helping at events, to bringing gifts as Santa, or just popping in to put a smile on the residents’ faces.

Joe was an amazing man who touched everyone he met.  Most notably, there was nobody he loved and cherished more in this world than his wife and three children. He was certainly a “ONE OF A KIND” and will never be forgotten.

All are welcome to attend a celebration of life, Monday, December 27, 2021 at 10:30 am in Restoration Church, 244 Lexington Avenue, North Providence. Visiting Hours will be held Sunday, December 26, 2021 from 5:00 – 8:00 p.m. in the Nardolillo Funeral Home, 1278 Park Avenue, Cranston. MASKS WILL BE REQUIRED! In lieu of flowers and gifts, donations can be made to Teen Challenge Rhode Island, 572 Elmwood Avenue, Providence. http://www.tcrhodeisland.org 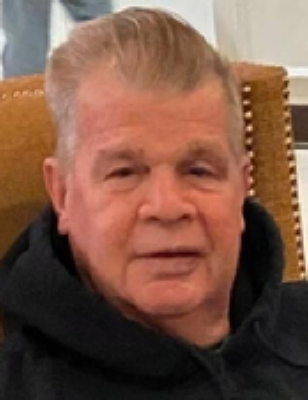