Home Page
Music by the O'Neill Brothers
Share a memory

Share a memory
Obituary & Services
Tribute Wall
Read more about the life story of Maureen and share your memory.

Maureen Becks Macera, age 74, of Cooper City, Florida, passed away November 19, 2021 surrounded by her loving family. She was born in Cleveland, Ohio on July 8, 1947 to the late Homer and Mariann (Miller) Becks.  She was preceded in death by her husband and former Mayor of Johnston, RI, William R. Macera in 2010.  Maureen is survived by her sons: Philip Csaszar Di Ruggiero and his wife Fruzsina (Csaszar), and Andrew William Macera and his wife Liliana (Gonzalez) Macera; granddaughters Alma Di Ruggiero and Éva Di Ruggiero; brother Brian N. Becks; niece Kathleen and nephew Brian.

Raised in Lakewood, Ohio, she met her lifelong idol Eleanor Roosevelt at 15 years old, having written to her personally and being invited for an audience in her New York City apartment.  The meeting inspired her and drove her tireless pursuit of her dreams.  Maureen graduated from Hiram College in Ohio with a B.A. in History and Political Science in 1969, after completing a semester at Drew University and at the Model United Nations in New York.  She moved to New England to begin her career in education, eventually settling in Rhode Island.  She married her first husband Victor G. Di Ruggiero in 1972.  In 1973 she received a Masters Degree in Education from Boston College.  In 1978 she received another Masters Degree in Secondary Education Administration from Providence College. She gave birth to Patrick Di Ruggiero in 1978; Patrick passed away shortly after birth.  In 1979, she and Victor welcomed son Philip Di Ruggiero. She was married to William R. Macera in 1986 and they welcomed son Andrew Macera in 1989.  She worked for years on her doctoral research and, in 1989, she received her Doctoral Degree from the University of Connecticut in Professional Higher Education Administration with her dissertation titled “Critical presidential management skills: A comparative study of chief executive officers within the business and academic communities.”  She taught courses at the Community College of Rhode Island and Rhode Island College, and others, and she dedicated her professional career to secondary education.  She was a middle school teacher in Walpole, MA; a middle school Guidance Counselor in Barrington RI; a Guidance Counselor at CCRI; a high school Guidance Counselor in Cranston High School West; a middle school Director of Guidance at Western Hills Middle School in Cranston; the Principal of North Providence High School; Deputy Superintendent and the Superintendent of Schools in Woonsocket, RI before retiring in 2008.

Maureen was kind, fair, hardworking, generous, accepting, gracious, and extremely intelligent. She had a passion for public service and shared her support and encouragement with the students, faculty, and families in the communities she served.  She was a loving and devoted daughter, sister, wife, mother, and grandmother. She had a beautiful voice and loved to sing in her church choir later in life. She was a shining example of female leadership in education, and of loyalty to family and friends. The family would like to thank all the Maceras and Cardentes for their love and support, and Victor Di Ruggiero for his help and dedication to the family.  Maureen Macera is loved, missed, and will live on through the many lives she touched and inspired.

Her funeral will be held from the NARDOLILLO FUNERAL HOME & Crematory, 1278 Park Avenue, Cranston on Wednesday at 10 a.m. followed by a Mass of Christian Burial in Saint Anthony Church, 1413 Mineral Spring Avenue, North Providence at 11 a.m.  Burial will take place in St. Ann Cemetery, Cranston.  VISITING HOURS are on Tuesday from 4-8 p.m.  In lieu of flowers memorial contributions may be made to UNICEF and their efforts to empower girls - https://www.unicefusa.org/mission/building-futures/equity-girls.

To send flowers to the family or plant a tree in memory of Maureen Becks Macera, PH.D, please visit our floral store. 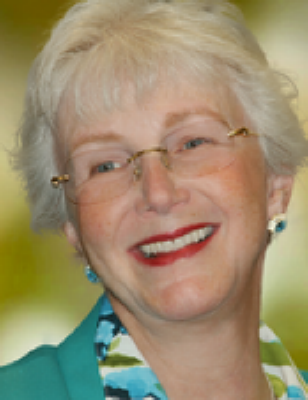 You can still show your support by sending flowers directly to the family, or by planting a memorial tree in the memory of Maureen Becks Macera, PH.D