Share a memory
Obituary & Services
Tribute Wall
Read more about the life story of Peter "Doc" and share your memory.

PETER “DOC” BEDROSIAN, 96, formerly of Cushing Rd., Warwick, passed away Friday, January 20, 2023 surrounded by his loving family. He was the beloved husband for 61 years to the late Oppie (Asadoorian) Bedrosian.  Born in Providence, he was the son of the late Yegeshe “Eugene” and Persape (M’Ohanian) Bedrosian.

Doc was the owner and President of the former Narragansett Screw Company in Providence for 40 years, retiring in 1999; and was a WW-II U.S. Army veteran.  He was an active member of Sts. Vartanantz Armenian Apostolic Church serving faithfully on the Board of Trustees and as chairman for many years.  He also chaired the bazar committee and coached the church basketball team for many years giving special attention and care to the youth of the church in many ways. He was an Honorary Member of the Armenian Youth Federation. Doc served on the Executive Council of the Prelacy of the Armenian Apostolic Church and was past chairman. In April 2017, he was honored at the flag raising ceremony at Warwick City Hall by the Armenian National Committee of RI commemorating the Armenian Genocide of 1915 honoring the 1.5 million Armenian Martyrs and those that survived including his parents.

Doc was the devoted father of Donna E. Adam and her late husband Kenneth of Cranston and Jean Bilzerian and her husband Barry of Worcester, MA; loving grandfather of Rachel Lesnewich and her husband Gregory, Peter Adam, and James Bilzerian; and dear brother of the late Donald Bedrosian and Karnig “Tick” Bedrosian.

The family would like to thank Kenneth Topalian and Mark Haroian for their devotion and support to “Uncle Doc” over the years.

Relatives and friend are invited to attend his Funeral Service on Thursday, January 26th at 12 noon in Sts. Vartanantz Church, followed by burial with military honors at Swan Point Cemetery, Providence.  Visiting hours are Thursday morning at church from 10:30 a.m. to 12 noon prior to Funeral Service.

In lieu of flowers, memorial contributions may be made to: Sts. Vartanantz Church, 402 Broadway, Providence 02909. 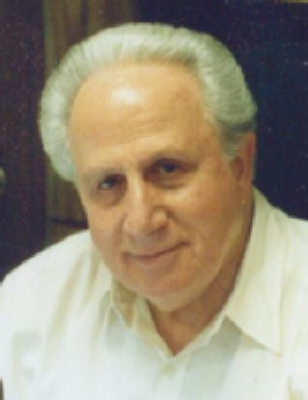