Share a memory
Obituary & Services
Tribute Wall
Read more about the life story of Vincent and share your memory.

93, of Warwick, passed away on January 21,2023 with his loving family by his side.  He was the beloved husband of 67 years to Hermine (Himetzberger) Confreda.

Born in Providence, Vincent was the son of the late John and Anna (Feroce) Confreda.  He was the second-generation owner and true pioneer of Confreda Farms & Produce.  His parents migrated from Italy, and in 1922, started what has now become one of the largest farms and producers of fresh vegetables in the region.   Vincent, who worked alongside his late brother John, always told the story of coming home from serving overseas in the War to be handed a hoe, as his brother was thrilled to have him back.

Vincent didn’t mind, though.  He was happy to get back to work, especially since he was planning a return trip to Europe to bring home his future bride where his true, novel-like love story began.  Vincent met his wife, Hermine, at a servicemen’s dance hall in Austria three weeks before he was to return home.  He loved to tell the story.  He said, “I’ll be back to get you.” She said, “I don’t believe you.”  Well, anyone that knew Vincent can vouch that he was a man of his word.  Hence, the third- and fourth-generation farmers were born.

Vincent was a true Patriarch to his family and his business.  He, alongside his son and grandsons, brought the farming industry to levels beyond his imagination, and as a family, incorporated different divisions so that everyone had their own niche. In the springtime, his eyes would twinkle at the sight of all the flowers in the greenhouses that later blanketed his backyard.  In season, he loved to watch his store in Cranston bustle with customers, enjoying the fruits of his labor, and especially Confreda’s famous corn that Vincent proudly harvested on his beloved 1941 Farmall B International Harvester.  In the fall, he loved people-watching at the Fall Fest, where the farm is transformed into a wholesome, family fun-filled harvest festival, including a cornfield maze, hayrides, pumpkin picking, train rides, and a petting zoo.  At night, he even mingled with the crew for the nighttime Scary Acres – another agritainmentevent that is recognized as one of the best in the region.

Vincent’s life story was captivating.  He loved life, and was everyone’s rock.  He was involved in every aspect of the business, right up until his passing.  His doctor called him, quote, “Farmer Strong.”  He told everyone his goal was to celebrate the farm’s 100th Anniversary, and despite feeling very weak on Saturday, September 17th, 2022, Vincent stayed Farmer Strong, and attended the celebration where he was presented with a citation, honoring the farm’s 100th year anniversary.  In addition to his work, Vincent was also a communicant of St. Timothy’s Church in Warwick and a Brother Member of the Knights of Columbus.  Vincent built a true legacy and will remain forever in our hearts.

Besides his beloved wife, he is survived by his loving son: Vincent J. Confreda and his wife Lori of Warwick, his dear sister: Marie Andrade of Coventry, and his cherished grandchildren: Vinny, Jr., Corey, Jonathan, and Lucas (Spremulli).  He was also the father of the late Annmarie Confreda, and brother of the late: Pasquale and John Confreda, and Rose Barone.

His funeral will be held on Saturday at 8:45 A.M. from the Nardolillo Funeral Home, 1278 Park Avenue, Cranston, followed by a Mass of Christian Burial at 10:00 A.M. in St. Timothy’s Church, Warwick.  Burial with military honors will take place in St. Ann’s Cemetery, Cranston.  VISITING HOURS: Friday, January 27th from 4 – 8 P.M. All are welcome to attend.

To send flowers to the family or plant a tree in memory of Vincent P Confreda, please visit our floral store. 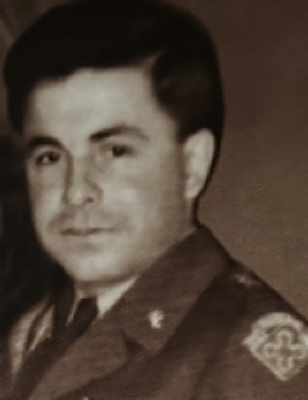 You can still show your support by sending flowers directly to the family, or by planting a memorial tree in the memory of Vincent P Confreda
SHARE OBITUARY
© 2023 Nardolillo Funeral Home, Inc.. All Rights Reserved. Funeral Home website by CFS & TA | Terms of Use | Privacy Policy | Accessibility